How To Find A Sister Wife

It takes most couples many years to reach a point in their relationship where they realize they are meant to be polygamous. Then comes the realization that figuring our how to find a sister wife may take even longer.

While that may sound daunting, it doesn't have to be an intimidating task if you pursue it earnestly, follow some basic advice, and avoid some of the pitfalls that couples commonly run into.

In this guide, we'll show you how to find a sister wife and not waste your time and money along the way.

While mainstream dating sites have an enticing volume of users, the odds of finding relationship material is near zero.

We should know, we spent years chasing what we wanted in all the wrong places. In the end, we decided that if we wanted to make our dreams come true then we were going to have to create a polygamy dating site to facilitate those dreams for us, other polygamists, and aspiring sister wives.

We created Modern Polygamy specifically to help couples find a sister wife and for sister wives to find their polygamous families.

It's free to sign up and look around, with premium accounts available for those ready to take the next step.

Our advice is to be open and honest. If you're looking for a life-long relationship, you will want to start it with being open and a little bit vulnerable. 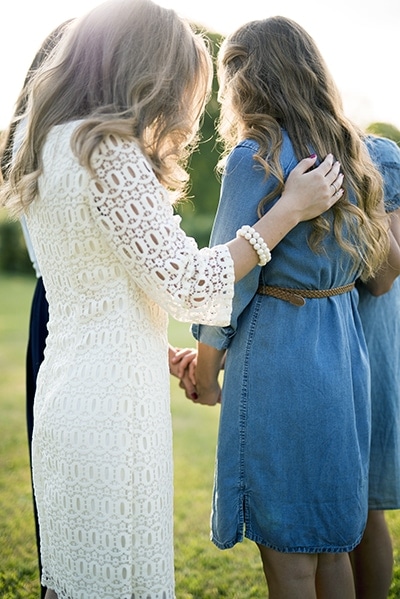 If you're not sure where to start, tell how you came to feel that polygamy could be right for you and what you would really hope to find someday. Your profile is a place to be open about what you want for your life.

Be Honest and Vulnerable

Most people interested in getting into polygamy tend to be fairly private individuals and not inclined to divulge much in public. It's very important to be painfully open and honest about your intentions and the type of relationship you hope to find.

Because what you want is so outside of the mainstream, an open and thoughtful polygamy dating profile will get a lot more attention from women wanting the same things. It's truly a breath of fresh air to run across a profile where the person's thoughts, views, and hopes align with your own.

Upload more pictures to your profile than you think are necessary.

Polygamy dating profiles with the most pictures get more views, more time on page, and more first contacts than those with few pictures. This is a statistical fact we have seen played out again and again.

Consider for a moment if you have ever seen a dating profile with too many pictures. Neither have we!

Many women don't feel comfortable sending the first message or initiating communication. This can especially be true for more traditionally minded women.

There are also many cases where a woman may be very interested in a polygamous couple but simply doesn't know what to say to start the conversation.

Even if she would have sent you a message, it will still make her feel good to know that you were interested enough to message her first and it breaks the ice.

Don't Be Pushy, But Try To Keep Things Moving

It's easy to not know when it's the right time to suggest exchanging phone numbers or contact details. Maybe your conversation has been going good for a while and you don't want to chase her off, but you also don't want her to think that you aren't really interested in pursuing her as a sister wife.

Once you reach a point where you feel like the conversation feels good and there is some compatibility, it's usually best to mention that you don't want to be pushy if she's not comfortable with it yet, but that you would enjoy talking with her on the phone, or via Skype, WhatsApp, or whatever messaging apps she prefers.

This puts it out there without sounding demanding, and it leaves the suggestion open so that she can suggest it later if she is not yet comfortable exchanging contact details.

For more tips, read How To Date A Sister Wife.

Do Not Be Discouraged by Competing Dating Profiles

It's easy to check out your competition on a polygyny dating site and wonder how you will stand out amid the volume of choices a potential sister wife may have.

In reality, gender ratios and volume of competing profiles means absolutely nothing. Allow me to explain.

If your polygamy dating site profile is one of 100's that a potential sister wife may see, but 99 of those are lazily written profiles with 1 or 2 pictures, you have little competition.

Simiarly, if she sees 10 other great dating profiles then you have more competition.

Running a polygamy site, we can tell you that most guys and couples don't put in enough effort. It's shocking to see how many profiles we deny because of lazy profile text or not having any pictures. And that's not even couting many more that barely get accepted with a 'passing' profile and one picture.

Now, compare what was just described to a guy or couple that took a few days to come up with a decent profile and uploaded 5-10 pictures.

Once you've put in the effort to create a great online polygamy dating profile, it's important to log in often so you appear to be active on the site. Even if you are not getting much interest from potential sister wives, logging on regularly keeps your profile showing higher in the search results.

If a woman sees that your profile was last online 6 days ago they naturally have a tendency to discount your availability. If your profile always says you were online "today" or "yesterday", they automatically feel that you are more reachable.

Our internal statistics show that accounts that log on daily get 2x-3x the amount of views, likes, and messages as those that average 4+ days between logging in.

A well written dating profile, with lots of pictures, and regular activity is nearly gauranteed to be among the top performing profiles on any site.

As a rule, if someone you meet on an online dating site asks you to send them money they are using a fake account. Just don't do it, no matter what the excuse is or how authentic it sounds.

If someone includes contact details in their first message to you, it is a scam and should be reported to the site owners immediately.

You should also begin to suspect that a problem exists if you have been exchanging messages for a while and she avoids the topic of exchanging contact details and never sends you pictures.

A good way to add some leverage to the picture issue is to send a few of your own. Logically, an authentic person will feel like they should send you something. Maybe not right then, but soon. And it's just fine to mention that you would enjoy seeing some of her as well, if she does not take the hint.

Remember We Are Here For You

We built Modern Polygamy from the ground up, with the intention of making it the best site for polygamy dating. If you need anything, we want to hear from you.

Even if you would just like an opinion and advice on how to make your profile better or get more responses, we're here for you.