How To Date A Sister Wife 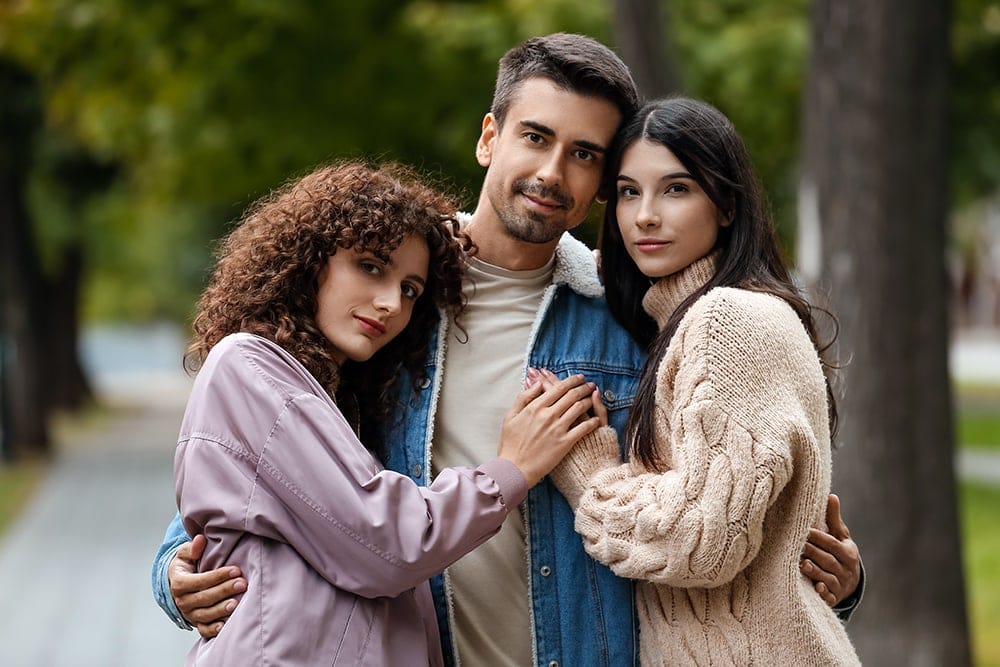 Dating a potential sister wife can be daunting for a couple. Many times, you're coming from different worlds. As a couple, you may have been together for years, have an established life together, and maybe haven't dated anyone for a decade or more. On the other hand, the woman you will be dating may be familiar with the dating scene and not able to understand your perspective at first, simply because she has never been exposed to anything else.

The good news is that she wouldn't be likely to be pursuing polygamy if she was satisfied with the shallow dating situation. The bad news is that it could take some patience and hand-holding before she lets go of old habits and feels comfortable enough to open up with you.

Here are some dating tips that should help you while you are in the process of courting a sister wife.

Be Aware Of The Difference In Perspective

She may be used to Tinder style dating and having shallow relationships and quick hookups. That's not necessarily because she wants that, but it may simply be due to the fact that that's all that has been available to her. She may have always yearned for a serious, meaningful relationship with commitment and being able to see her future with the man she's dating, but never found anyone with potential that wanted the same things.

This means that meeting someone that is interested in a serious relationship may be a breath of fresh air for her, but it also means that you may have to make your perspective more clear as it's not something she is likely to have encountered before.

Let her know when you notice that she is thoughtful of your feelings, time, or expectations.

As you get to know each other, understanding where she is coming from and what has attracted her to polygamous dating is important. Is she just curious about dating a polygamist or is she certain that polygamy is right for her? Is she attracted to it because she desires to have a relationship that is more serious and permanent? What about children? How does she view what her role would be in the family?

The answers to these questions will tell you a lot about the person you are dating. Discussing them will also help her understand if you want the same things out of the relationship.

When To Meet For The First Time

If you met on a dating site like ModernPolygamy.com, you will eventually have to consider when will be the right time to meet in person.

Typically, couples are comfortable with meeting much more quickly than most single women. For the couple, you already have an established relationship, are anxious to see how she really is in person, and move to the next phase of your relationship.

For a single female, the prospect of meeting someone she met on a dating site may be daunting. She may have developed feelings for you while talking over the phone or video chat and has begun pinning her hopes on the relationship. Meeting in person suddenly brings all of that to a point, with the glaring risk that you may not like her, you may not 'click', or she may not feel the same for some reason.

About all you can do to alleviate this is to let her know that you would like to meet when she is ready and follow up quickly when she says she would like to meet. Letting it sit just builds up anxiety, so when she expresses her desire go ahead and start discussing how and when to make it happen. This not only lets her know that she is not the only one that is interested in meeting but also lets her feel that you are working to make it happen together.

When possible, meet earlier rather than later. In other words, don't wait until you are both madly in love in a long-distance relationship before you travel to meet each other. It is better to meet when you are first developing interest and genuine feelings for each other.

The woman you will be dating may be used to the contemporary dating scene and think that sex may be expected after the first few dates. This may or may not be what she wants, but she may feel that you expect it. Worse, she may feel rejected if more time goes by and you don't seem to have made a move toward intimacy.

It's important to make your thoughts on sex and intimacy in polygamy clear as you get to know each other, and before it becomes awkward.

If you're heading that way anyway, that's fine. But, if you're intending on taking things slow and getting to know someone you're dating on a deeper level before proceeding to intimacy, you will need to make those intentions known early on. She may prefer the same thing but be hesitant to say it.

Communication makes or breaks a relationship. This is true of any relationship, but it is especially true for a polygamous relationship. The more people that are involved, the more everyone needs to feel like they can communicate freely.

One of the beautiful things about polygamy is that it really forces you to be open in your relationship. You have to actually say and discuss your desires, wants, hopes, fears, and dreams. If you try dating without this communication, it will usually end badly. With it, a polygamous family can experience the joy and happiness of being one.

In polygamy, three or more people need to be in agreement about all of life's major choices. As you date someone, be sure to discuss what they see for their future. Does she see herself working or being a homemaker? Is having children important to her? What about where she wants to live? Do her views align with your own?

None of these are subjects that you can afford to not discuss and hope that they will work out as the relationship progresses. Part of getting to know each other while you are dating is knowing what the other sees for their future and if your views align. Don't get too caught up in the excitement of trying to find a sister wife that you neglect differences that could cause problems later.

Most couples have been out of the dating scene for a while, sometimes decades, before they start courting someone. That can be an advantage. Don't worry about trying to figure out what she expects or be a typical date. If she was happy with a typical date or relationship, she wouldn't be trying to get into polygamy.

Instead, let her join you in something real and casual. Going for a walk on the beach, a hike in the mountains, or sitting out under the stars and talking for hours may just be the best date she's ever had. Dates should be a preview of what life would be like with you.

Don't over stretch, and realize that if it's meant to be then it will be.