Polygamy is the practice of having multiple spouses or partners, in the context of a serious committed relationship.

Contrary to what you may have seen on TV shows like Big Love and Sister Wives, most people are not polygamous for religious reasons. In most cases, it is a life choice for all involved. 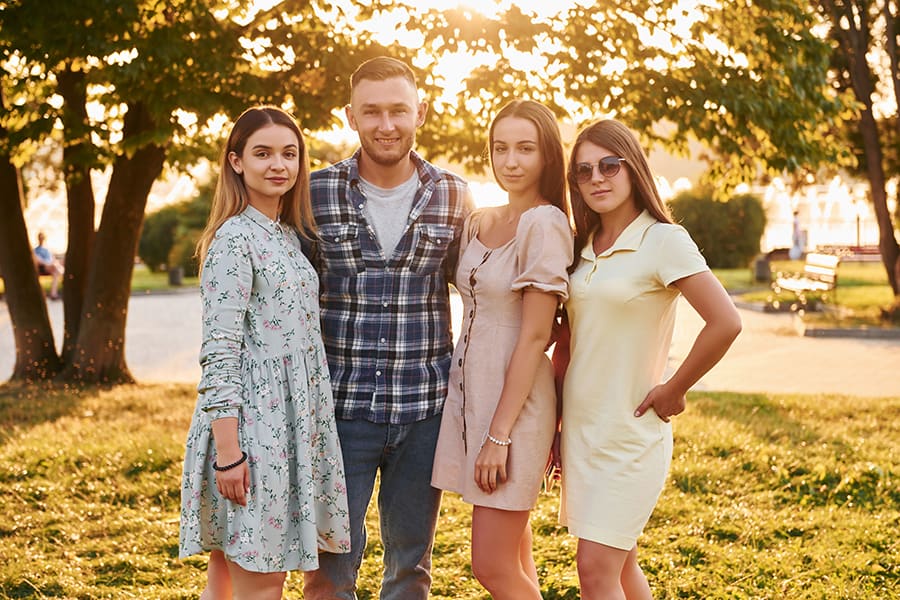 The appeal of polygamy is very similar for both men and women. It offers the promise of love, companionship, acceptance, making a home, and a life that you build together as a family. Where it differs from monogamy is that those things are a bit wider and more full.

Polygamy is not the kind of relationship dynamic we have been indoctrinated to believe we should want. For most people, it takes many years before they step back to look at all of the things they have always wanted (the deeply important things) and slowly realize that it might offer those things more than anything else.

The Benefits Of Plural Marriage

When someone hears the term polygamy, everyone's first thought always goes to sex, and the sex can be fantastic, but that's not why you do it. No one is having sex every moment of the day. It's about the joy you get spending your days surrounded by the people you love, and that love you.

It's about the comfort, happiness, and peace that you feel doing the normal things with your family.

Most of all, the main benefits of polygamy are love, family, commitment, and a foundation you and your children can stand on.

As with monogamy, its dominance rose and fell for many reasons across many cultures around the world for many, many years.

Then came waves of religious conformity sweeping across the world, back and forth for hundreds of years. In the Christian world, dominated by the Catholic church, the practice was no longer accepted though many times it would be overlooked.

In the US, this ended with the Mormons. They were too independent, not well understood, and seemed strange to mainstream Christians. So, restricting the practice was a good way to put pressure on them and make them fall in line.

How Polygamy Is Viewed By Society

For a long time period, people only heard of polygamy in association with "strange" religious groups.

There's nothing against doing it for religious reasons, it's just that people had been so used to seeing it only in that context for so long that thousands of years of history were simply no longer thought about.

So now we have a rapidly changing world where lots of previously taboo or restricted activities are suddenly accepted, even glorified. All rules and norms are progressively, and intentionally, being thrown out the window.

With that, though, comes a reset with how plural families are seen. More and more people with an interest in it aren't doing it for religious reasons and don't feel obligated to hide behind religion rather than simply state "it's what I want for my life".

That is why people want to know how to get into polygamy today. Not a specific structure or dynamic, but a relationship choice that everyone involved chooses freely and lives openly.

What Is A Polygamist?

A polygamist is someone with more than one spouse or who is in a committed relationship with multiple people. In countries where it is not legal to marry more than one wife, or where bigamy is illegal, it is common for a polygamist to only legally marry one spouse.

Having more than one wife is called polygyny. Polyandry refers to marriages between a wife and multiple husbands.

Polygyny is the most common form of polygamy, with references to it found in texts dating back more than 10,000 years whereas polyandry became somewhat in fashion in the polyamory community only recently (see Polygamy vs Polyamory).

The legality of plural marriage varies wildly across the globe. In general, in most of the Western world, it is fine to have a relationship with whoever you want.

However, polygamous marriage is in the same position gay marriage was in the 1990's. Due to outdated, immoral, and discriminatory laws, you can not be legally married in a lot of jurisdictions. This results in polygamy usually being expressed as a committed and permanent relationship with one man and multiple wives, outside of formal marriage.

Until polygamous marriage finds the same acceptance polyamory and other forms of non-traditional relationships enjoy, this is the only form of polygamy this site promotes or encourages.

Polygamy is about determining your own destiny, not accepting what is thrust upon you by the world. This lifestyle is about feeling fulfilled.

We strongly feel that you should seek your own path to happiness in life, not what others have decided that path should be.

Join ModernPolygamy.com to meet others interested in a polygamous relationship and see if it's the right choice for you!