Although polygamy was common throughout history, Mormon polygamy is what gets most of the media attention. Of course, with the banishment of polygamy in the United States in the 1800s, Mormonism was the only place where polygamy was publicly visible for about 100 years.

Fortunately, that situation has changed, but the story of Mormon polygamy is long, interesting, and well worth taking a look at here.

The Founding of the LDS Church 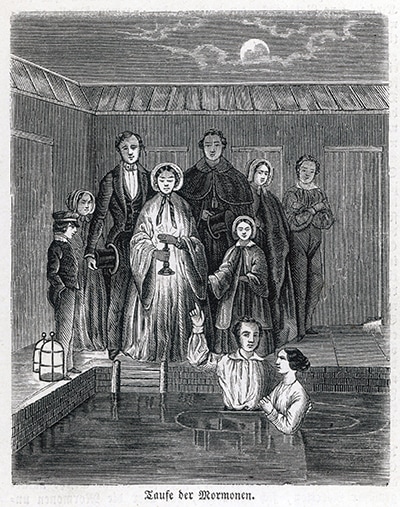 When founding the LDS church, many revelations that Joseph Smith claimed to have received were related to questions about the Bible. Records of these revelations were later included in the Doctrine and Covenants, part of the critical founding documents for the church.

Joseph Smith had questioned why so many prominent people in the Old Testament practiced polygamy. The answer he received regarding polygamy later became Section 132 in the Doctrine and Covenants.

There is conjecture that Smith may have received this revelation in the 1830s and married his second wife in 1835, but he did not write about his revelation until 1843.

One must question why he did not think it was an important enough issue to address before then, but he may also have felt that his followers were not yet ready to hear it.

The Mormon Church appears to have not taken a position on polygamy until 1852 when apostle Orson Pratt promoted it as a tenet of the new church.

From that point on, up until 1890, Mormon leaders encouraged those actively involved in the church to practice plural marriage.

During this tumultuous time, numerous church leaders would periodically deny or denounce the practice of polygamy, largely because of the huge power that mainstream Christians wielded over society, government, and angry mobs that may come for the Mormons.

Approximately 20% of practicing Mormons were polygamists at the time.

Government Aggression Against Mormons and the Early Church

The political climate toward Mormons and what would later become known as the Utah Territory was hostile at best.

The Mormons, finding persecution in the East, had settled in western territories and primarily in what is now Utah. Doing so, and being well organized and intent on living their own lives far away from where it would trouble anyone else, resulted in being perceived as a threat by the fledgling United States government.

By 1854 polygamy was lumped in with slavery as the "twin relics of barbarism".

While this sounds high and mighty, there were troubling undercurrents in the anti-Mormon and anti-polygamy sentiment at the time.

The Mormons had ended up controlling a vast section of the American west, by settlement rather than by force. There was always the possibility that Mormons could choose to go their own way in these western territories and declare independence.

In addition, even if they had no interest in declaring independence, they made up most of the population in these areas and they had no incentive to welcome being under the thumb of a government back east.

And, of course, there is the issue of the natural resources that had been discovered in the western territories. These resources, and the wealth and power that went with them, could not be left in the hands of people that may decide they should govern themselves.

At the same time, it would look terrible for the US Army to just massacre a bunch of settlers and farmers because they tried to get away from everyone and do their own thing.

Polygamy was part of a perfect pretext to strip the Mormon community of its self-governance, wealth, and even voting rights. After all, their beliefs in polygamy were foreign and perceived as being too close to sex for pleasure for a population founded by Puritans and splintered from the Roman Catholic Church.

In 1857, President James Buchanan sent 2,500 federal troops to the Utah Territory to install a new governor that would take the territory out of Mormon control.

In 1862 the Morrill Anti-Bigamy Act became law, which prohibited bigamy, or the act of being married to more than one person simultaneously.

Morrill Anti-Bigamy Act was an implicit threat to the Mormon Church. In addition to prohibiting polygamy, it also limited church assets to $50,000. But, President Abraham Lincoln showed how magnanimous he was by not enforcing the law against the Mormons, as long as they did not become involved in the Civil War or contradict him in any way.

The Mormon Church took the bait and did largely hope they would be allowed to live in peace.

In 1882 the noose around the Mormons' neck tightened with the passage of the Edmunds Act. This federal law not only laid out stiff penalties for bigamy but also criminalized cohabitation with more than one woman.

In addition, the Edmunds Act stripped thousands of Mormons of the right to vote, and that hints at the real purpose of the measures. Polygamy was always used as a weapon against the Mormons, either as an excuse to take their lands, install an un-elected governor of the Utah Territory, or strip a large percentage of the population of the right to vote.

Casting Mormon polygamists out of society did a lot to undermine the influence of the LDS Church, which was the objective. People avoiding persecution rarely raise their heads up to exert their other rights.

In 1887 the Edmunds–Tucker Act legally dissolved the LDS Church and seized all church property and assets. This act completed what had been started by President James Buchanan 30 years earlier, the utter conquest and domination of the Utah Territory along with the theft of assets of the Mormon people.

The Church of Jesus Christ of Latter-day Saints Changes Course

Seeing the writing on the wall, LDS Church president Wilford Woodruff declared in 1890 that he had received divine direction that the church should abandon polygamy and fall in line with what the US government had directed them to do.

In short, it was painfully clear that there would be no LDS Church unless they removed everything that could be used as a pretext to oppress them.

This change in course, and the total prohibition on polygamy by the LDS Church in 1904 with the issuing of the "Second Manifesto", is still viewed with a great deal of skepticism by many. But, those arguing against this change should question what the alternatives were at the time.

Mormons in the western territories were entirely overpowered and many had been killed, including the founder Joseph Smith.

The church was wise to recognize a losing battle when they saw it, and polygamy went underground in the Mormon church for the next 100 years. Without this change in course, there is little doubt that the Mormon faith would have been persecuted until it ceased to exist. 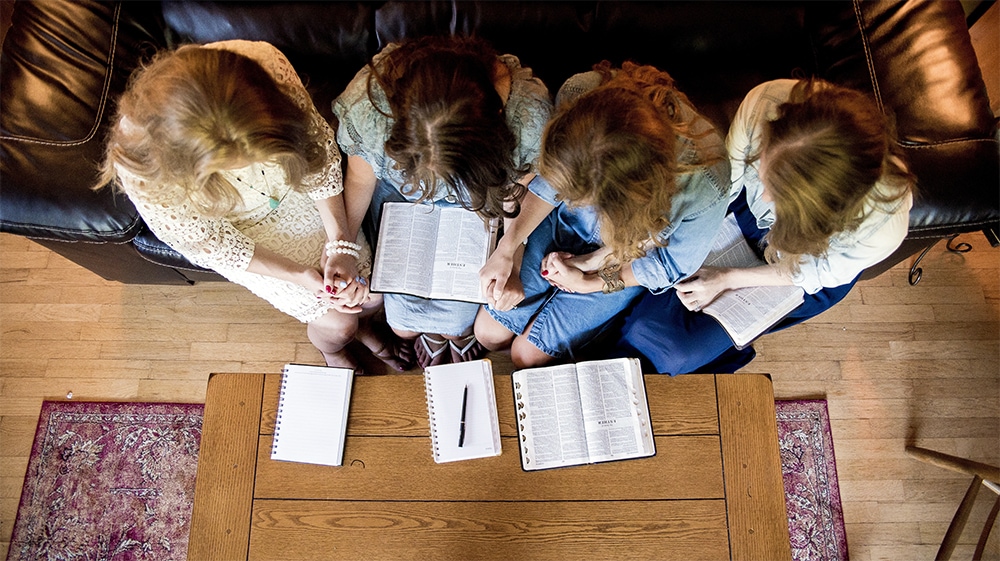 Mormon polygamy is at an awkward crossroads at the moment. On one hand, society is changing and you have the legalization of gay marriage and the increasing popularity of polyamory across the country. On the other, Mormon polygamists are neither of these so these groups don't have much motivation to realize that their rights are intertwined and they largely resent Mormons for being conservative.

Mormon polygamist groups like the Apostolic United Brethren, or AUB, live openly polygamous lives in Missouri and are surrounded by communities that largely accept them.

At the same time, thousands of others choose to live their chosen path in secret, and it is hard to fault them for that in a changing political climate.

The Lessons of Mormon Polygamy

It's important for all parties to realize that their right to freely love and marry who they want, whether through a polyamorous, gay, or plural marriage is intertwined with every other group wanting to practice non-traditional marriage.

Interestingly, the Edmunds Act is still in effect, which prohibits a man from cohabitating with more than one woman. The reader should take a moment and consider the effects of that if selective prosecution was not being used.

The number of citizens guilty of this cohabitation crime would run into the millions and they are all prohibited from voting. Consider that for a minute. Millions of Americans are prohibited from voting by the Edmunds Act and are technically committing an additional crime of "voter fraud" simply because they live with more than one female.

It's easy to think of laws designed to penalize a certain group as being irrelevant to most of the population. In reality, laws that are created to oppress a small group invariable end up oppressing everyone or being used for selective prosection of the masses.

It's critical, not just for those involved in polygamy or polyamory but for the population at large, to challenge and demand the repeal of the Edmunds Act.

Why did Mormons begin practicing polygamy?

Joseph Smith had revelations regarding polygamy, which later became part of the Church's founding documents. The Church's official position did not require members to be polygamous, but it recognized polygamy as an equally valid form of marriage.

The LDS church does not condone polygamy, but many Mormons still beleive in the right to have multiple wives and support a return to the orginal doctrine and stripture. There a also many thousands of fundamentalist Mormon polygamists in the United States and Mexico.

How do Mormon polygamists meet their wives?

Because polygamist communities tend to be close-knit, most courtships start through meeting through the church, family, or mutual friends. For more information, read How To Get Into Polygamy.

Most people interested in polygamy these days are not Mormon and people choose to be polygamous for a variety of reasons, but Mormon polygamists deserve respect for following the life they were called to live during much more difficult times.

If you are being called to a polygamous lifestyle, a polygamy dating website can help you pursue plural marriage.