How To Date A Polygamous Couple 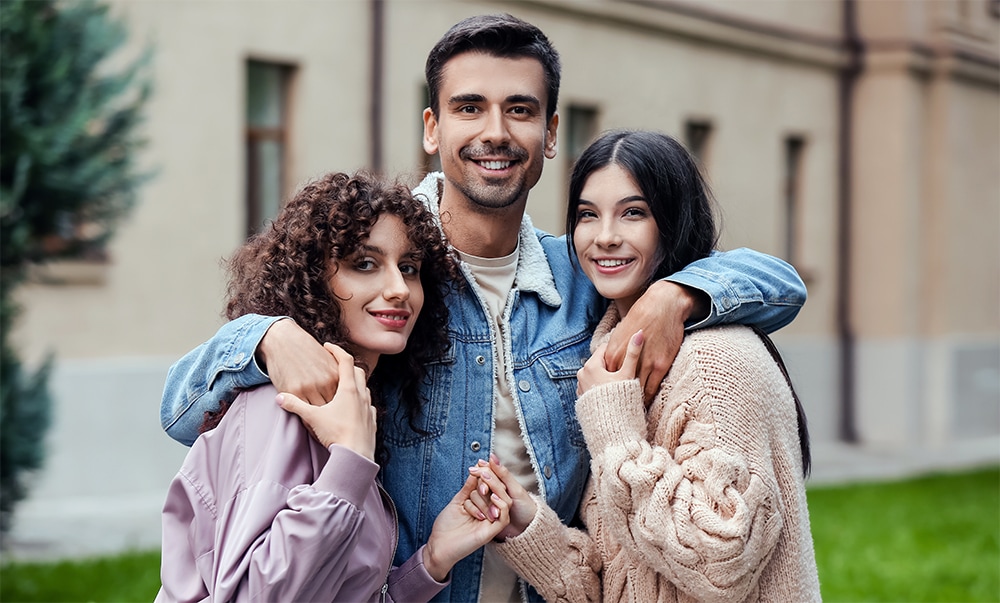 Dating a polygamist couple is very different than dating a single person. Aside from the obvious, you have two people you need to connect with on a deeper level and their perspective is likely very different than anything you have encountered with anyone you have dated in the past.

And that's probably a good place to start. Throughout everything you know about dating and the current dating scene. None of it applies. A polygamous couple is likely more interested in courting than going out for drinks.

Anyone that has had the misfortune of being exposed to the dating scene in the last couple of decades knows that it can be horribly shallow and a depressing experience, at least if you have a more serious mindset and what a substantial, committed relationship.

Fortunately, most polygamous couples are looking for exactly that, a serious committed relationship. Here's how you navigate dating a polygamist couple.

Return To The Basics

Most polygamous couples have been together for years, or even decades. They don't play head games, have established lives, and know exactly what they want. Nothing will cause them to lose interest faster than being shallow, flighty, undependable, or manipulative. Although these things may, quite arguably, enjoy some degree of perceived success in the regular dating scene, most couples will see through it and be gone before you realize what happened.

Instead, make a conscious effort of being as straightforward and honest about everything as possible. They have seen enough of life to know that everything is not all roses and they aren't expecting you to be perfect.

They do expect you to be genuine, and you will shine if you simply relax and are authentic because so many people are incapable of doing that.

If you're dating or getting to know a couple, don't drop off without saying anything. That seems like obvious dating advice, but it's amazing how many times things will fall apart because someone suddenly stops messaging. The couple just never gets a reply to their last message and assumes that the person they were talking with just lost interest. Two or three weeks later, she messages them back with a short apology and seems to expect to continue where things left off. By this point, the couple has lost interest and moved on. Even if they were still interested, they can no longer expect her to be dependable or even feel that she's that interested, so they have simply lost interest.

Things come up, and life happens, but if you are interested in a couple they should feel it in the way you communicate. If life became busy or you just don't have time to write them a thoughtful message, just send them a short note to say exactly that. Simply saying that you're getting in from work late and falling into bed, or that something unexpected came up and you will message them as soon as you can let them feel that you want to continue, you thought of them, and they mean enough to you to wait until you have time to really write them a message. That principle is also valid for calling.

It makes an impression if you are still messaging them or calling them at times when life seems to have been dumped upside down. If everything got hectic and you still made time to talk with them, that lets them know that your relationship with them is a priority and they will respect you for that.

This is the simplest way of showing your sincere interest.

Always do what you say you will do. This is true for any relationship, but if you've dating a polygamous couple then dependability is an important quality. Don't say you will call and then not call. If you're not ready to meet, simply say that. Everyone interested in polygamy knows that it's a big step to actually meet for the first time. Very, very few couples will end a young relationship simply because the woman isn't ready to meet as soon as they are ready. You can stick with phone calls and video chats until you feel comfortable. It shouldn't be a big problem, so never start making arrangements to meet before you are ready.

Likewise, when you are sure you want to meet for the first time, let them know that. Even if they want to move slower, it will make them feel great that you are interested in meeting and they will know the door is open when they get to that stage. Just as importantly, it will make sure they start having some conversations between themselves about meeting in person.

When To Meet For The First Time

If you met through an online dating site, you will eventually have to consider when will be the right time to meet in person.

Typically, couples are comfortable with meeting more quickly than single women. For couples, they already have an established relationship, are anxious to see how you are in person, and move to the next phase of the relationship.

For a single female, the prospect of meeting someone from a dating site may be daunting. You may have developed feelings while talking over the phone or video chatting and begun to pin your hopes on the relationship working out. Meeting in person suddenly brings all of that to a point, with the glaring risk that you may not 'click', or things may not feel the same for some reason.

About all you can do to alleviate this is to let them know that you would like to meet when they are ready and follow up quickly when they say they would like to meet. Letting it sit just builds up anxiety so, when the opportunity arises, start discussing how and when to make it happen. This not only lets them know that they are not the only ones that are interested in meeting but also lets them feel that you are working to make it happen together.

When possible, meet earlier rather than later. In other words, don't wait until you are both madly in love in a long-distance relationship before you travel to meet each other. It is better to meet when first developing interest and genuine feelings for each other.

Be Upfront About Your Motivations

Say what you really want. The couple you're dating knows you didn't decide to pursue polyamory (see polygamy vs polyamory) on a whim, and they also know that there are certain really important things that pushed you toward it. It's important for them to know why you made your choices and why you think that a polygamous relationship is right for you. And why they might be right for you. Partially so they can understand you better, but also because they need to know if it aligns with what they are seeking in life.

Don't Rush Into Having Sex

The expectation in contemporary dating may be to have sex within the first couple of dates, or the first few weeks if someone is taking it slow, but that's not the way it usually goes if you are dating a polygamous couple.

The couple you are dating is almost certain to be pursuing polygamy for the long term. They're probably not dating around to see what's out there, and they're not looking to just hookup with anybody. If you are, let them know. But if you're not either, be sure to let them know that as well. 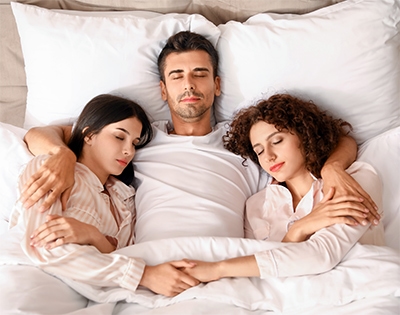 For polygamists, the long-term is almost always of more interest than short-term pleasure. They are wanting to find a life partner, not a fling. Even if you may have a highly sexual and intimate relationship with them later, don't be surprised if the relationship doesn't progress toward sex quickly.

Discussion should be open, both about what you desire and like for the future, but most couples will only want to take that step of moving toward intimacy when they begin to feel 'intimate' about you. This is usually when they have started to feel that the relationship has the potential to be permanent, or at least long-term.

If you are dating a Mormon polygamist, or anyone that is pursuing plural marriage for religious reasons, sex may not take place until marriage.

These are discussions that should happen while you are dating. Fortunately, most polygamists are not shy about talking about sex, intimacy, and expectations as well as when you would both feel comfortable taking the next steps in the relationship.

Know What You Want

Make sure that you have a clear idea of what you want in a polygamous relationship before you start dating. For instance, could you see being in a plural marriage, is that what you have your heart set on, or is it something you are just exploring?

If the relationship progressed, would you want to live in the same house or have separate houses? What about sleeping arrangements in polygamy? How would you see your role in the home and family?

Most importantly, you should have an understanding of what attracts you to polygamy so that who you are dating can understand it as well. If they love you, they need to know what makes you feel fulfilled and happy. And this will help you recognize if your relationship is going to progress toward marriage or just stay stuck at dating.